Our sessions have made a terrific difference. It’s akin to feeling as though for a long time I had been carrying around an awkward, cumbersome object, which at times could become heavy to the point of oppression and now I’ve put that thing down. In putting it down I can step away from it and look at it if I wish, but my hands are free and I can reach out to other things, knowing that if I pick them up, like my awkward parcel, I can put those down too. And my view on the world is no longer obscured by the thing that I had been trying to peer around or over for so long. I have a clear and open view.

It is like moving out of a hall of mirrors and things have re-assumed their correct proportions. In doing so, I find I’m kinder and more generous to myself and whilst I think we all always and for very good reasons, retain an inner voice that can be both critical and cutting, I’ve managed to hear another that is supportive and sees things in a more realistic proportionate way.

After about our second session I stated to be more aware of people’s positivity towards me, I noticed compliments, I heard properly if people said I had made a positive difference to whatever our mutual concern was. I know that they must always have been saying these things, but if I had heard them before, I’d either rapidly discounted them as politeness or I’d thought that their opinions either lacked credibility or weren’t informed. Right now, writing that, I can trace the voice that says other people’s opinions lack credibility – and deal with it.

When I first approached you I did so because I was interested in coaching others. Had I put myself on a coaching course which was a route I was considering, I might have taken another journey. Had I done so, I would still be essentially working out ways of meeting the needs of those around me whilst continuing to supress my own. As it is the process of working with you has taken me back to my own art making. My relationship to my work – I’m trying to think of words to describe it, I came up with oscillating and then frenetic and then dysfunctional – and I think I’ll stick with that. My relationship with my own creativity, art making, whatever we describe it as, has in the past been somewhat dysfunctional. Its veered between intense and obsessional, guilt, loss, salvation, total lack of confidence, desperation and a myriad of other feelings. Issues that either I didn’t want to acknowledge or that I felt disabled by, played out in my behaviour around my work, not in the content, but in the actual doing. In having coaching sessions with you, I’ve come to a better relationship with my work, a relationship that I can now enter into everyday without having to navigate through a well of dysfunction, this has been the most valuable thing.

I had always acknowledged to myself that the thing I wanted to do was make art, my core was, is my creativity, but I had given myself lots of reasons why I couldn’t focus on that, I had effectively moved barriers in front, like side scenery in a theatre being moved centre stage so that the back drop, and maybe the play itself, was obscured. Coaching has helped me recognise not only that I was looking, albeit unconsciously, for excuses and distractions to not fully engage with my art practice, but also enabled me to decide and enact what I want that practice to look at. Not all my concerns are instantly solved, if it were maybe there would be no need to be creative, but its good work in progress with tools to hand. As well as the practicalities of putting my art centre stage (that is the context of things such as earning a sufficient income, making time for friends, family and paid work), I also feel a greater clarity around what I want my work to say.

In terms of we could do to be more effective, I’m afraid I can’t really think of anything – it has been a job well done and I’m very grateful for the work you’ve done with me and for your curiosity and support. 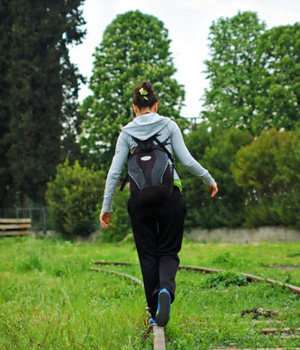 If you are considering one-to-one coaching with a professional coach, Nick Harris invites you to get in touch for a free 45 minute coaching session to explore your current situation, future aspirations and discuss next steps.